The first in the line of capital vessels from Busan, the Maiden Heart is unmistakable. Cunning stealth capabilities combined with an overbearing arsenal make for a military force any fleet would yearn to enlist. Expansive interior spaces provide accommodations for a robust crew of trained specialists. This proud testament to Sogmian manufacturing, design and artisan shipcraft solidifies and eternalizes Busan as a true captain of industry. 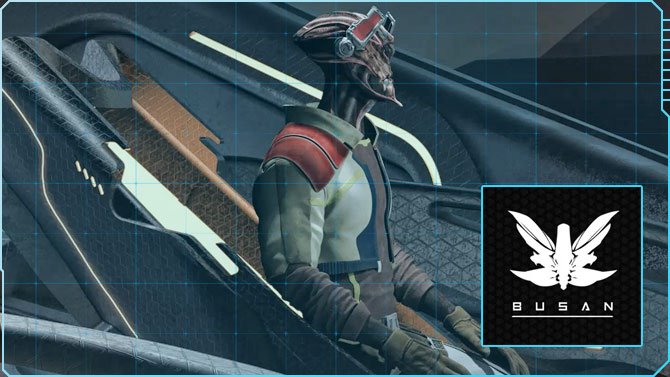 Busan is one of the 3 ship manufacturers that have firmly aligned themselves with a single major faction – in this case the ONI. Their blueprints and designs are focused heavily on stealth technology.

Busan ships are made mainly of the resources that can be found in higher abundance in the USTUR faction space (Jasphorus, Chisenic, Gold). These materials are highly coveted in the crafting of advanced stealth and radar technologies lending to the discovery of even greater breakthroughs for all sentient life.

If you ever want to build a Busan ship yourself, you will need the according blueprint. How to get one? You will need to get in a manufacturer’s good graces. To get there, you will have to prove that both your interests are aligned and/or that you’re supporting them. In in-game terms, you will need to gain loyalty (aka reputation) with them, before they judge you worthy of building ships with their logo on them (accruing loyalty won’t be possible before the SCORE v1 and CREAM v1 modules have been released).

Gaining loyalty with Busan requires completing their missions. To gain access to these missions, you will either have to be a member of the ONI faction or you will need a faction passport. These passes function a little like real-world visas, allowing you to visit another factions’ territory and trade with them. More importantly, in this case, a faction pass will allow you to accept and complete missions for the manufacturers that are aligned to that faction. You can learn more about shipbuilding and blueprints in our in-depth guide.

If you’re wondering how much you can earn with your Busan Maiden Heart in Star Atlas, here are some facts:

If the player provides his ship to his faction (ONI, MUD or Ustur), he will receive ATLAS, the in-game currency of Star Atlas, in return. This amount is measured by the VWAP (the “volume weighted average price” at which the ship was offered in the Galactic Asset Offering) of your ships. For the Busan Maiden Heart the VWAP is $32.585 USDC.