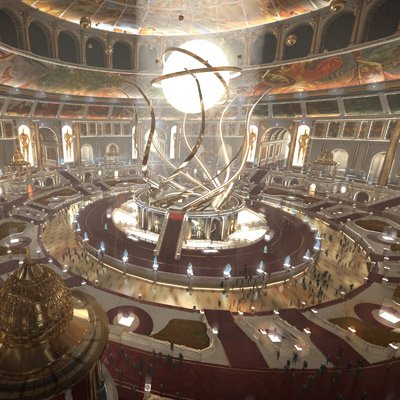 Two different, critical SDK’s that are being built atm:
– One is the Unreal Engine integration with crypto-native assets (FTs & NFTs)

Star Atlas DAO
– Thinking about how to integrate the other DAO levels
– BlockchainMan – product manager of the squad
– 75 million ATLAS are in the DAO treasury
– Exploring Tribeca DAO network
– Waiting on audits of external contracts (Goki was mentioned)
– They are setting up a new legal entity that will take charge of the DAO. Legal is busy with this
– Staking was worked on last year by 3rd party. They got to see it early this year and decided hat stuff needs to be redone.
– Tribeca aligned more with SA’s goals, compared to INK and Realms.
– The fact that the rolling was coded using Anchor was a huge reason for why the team chose Tribeca.
– The team is building the UI from scratch
– Now testing the wireframes

No target date for the DAO

Notable hire: Jose from the community has been hired as a content writer

Michael Lu – Head of Engineering
– built (a large part of) the marketplace and SCORE
– Team considers itself as true pioneers of blockchain gaming, because they develop the actual game logic on the chain (via smart contracts)
– Should lead to better composability because these contracts are open to all
– They are going to create interface on the blockchain to make things like “Loot drop tables” work and character XP progression

How is the team going to make the HRZ feel as if it is occupied. Space is very empty.
– Stylistically SA will look less black, it will be more colorful
– Scaling universe over time, so players have bigger chance of meeting
– Cataclysm in the middle is where a lot of the action will be, players will meet there

Will the gameplay in UE5 game be in any way similar to Star Citizen
– They take inspiration from the flight system. Flying should feel like that later on (first RTS, top-down view).