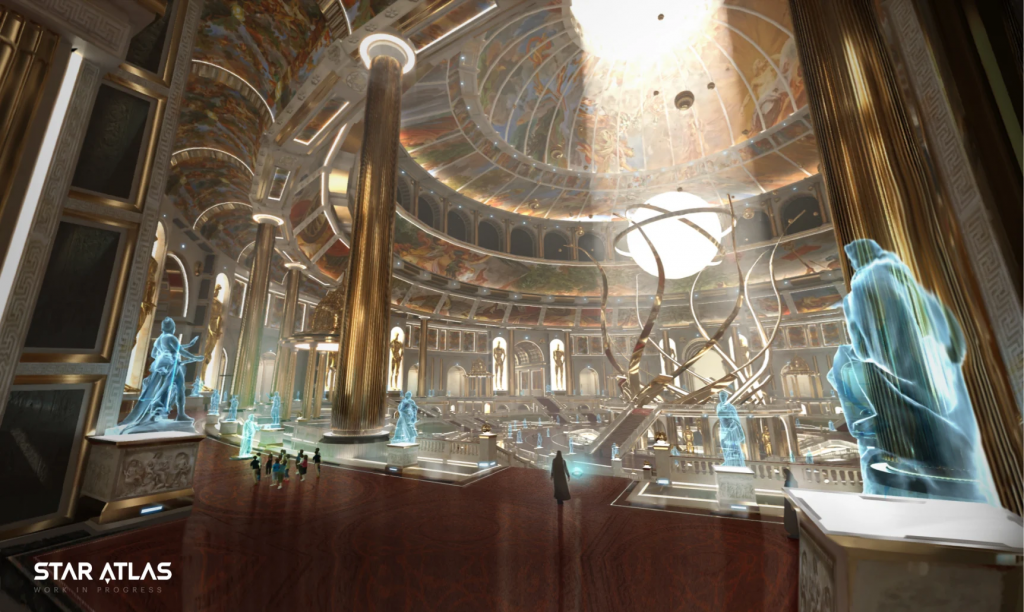 The Latest On The POLIS DAO

During the past Star Atlas Townhall, Michael shared a ton of information on the upcoming POLIS DAO. For those that missed it, or would like to read the summary of what was talked about, here you are!

The POLIS DAO will come with a new dashboard page that will include a lot of interesting statistics and numbers.

There will be information on global balances, such as:

Additionally, there will be the necessary individualized data, like:

And finally, you will find information on proposals, among which:

A new DAO section of the webpage will show information on both POLIS & ATLAS staking, including the benefits of each. In the future, the team plans to add a forum here as well, so people can discuss proposals.

The DAO itself will be a non-jurisdictional, unregistered entity. However, there will be an independent board of directors that will oversee the DAO, and make sure proposals that were accepted get executed.

This board will govern the ecosystem surrounding the DAO, meaning ATMTA cannot alter or influence any of that.

Currently, the team is identifying candidates that will sit on this board.

The total application consists of 5 different programs (aka smart contracts). Of these they could use 3 that are part of the Tribeca DAO framework, leaving them with 2 that needed to be developed in-house. For those interested, below is a short overview of what these contracts do.

From the Tribeca DAO:

Audits – All of these programs need security audits to make sure funds are safe and no exploits exist. As 3 of these contracts were outside of their control, they had to communicate and coordinate with the teams behind them to get these audited.

Votes – Votes are going to be weighted based on the duration of the stake.

Staking lock duration – The staking/locking window starts at 2 weeks and will go as long as 5 years.

At this moment the team is finalizing the project, after which the last audits will start. The team has not given a release date just yet, though we fully expect the POLIS DAO to be up and running Q2 of 2022.