A little over a week ago the team, specifically Chypto, released a document that outlines some of their initial ideas with regards to the various risks involved with gameplay in the different security zones. It specifically zoomed in on two key mechanics: bounties & insurance.

The goal of the article was not just to inform, but primarily to gather early feedback. This worked out pretty well! People felt strongly about the content and made sure the team heard of it, which goes to show sharing information early with the community is the way to propel this game to even greater heights! The feedback also resonated with the team, who right away went ahead and updated the mechanics. According to Chypto, a follow-up document is soon to arrive!

Though the insurance aspect is still in a very early stage, the bounty system seems a little better defined and also got more positive feedback.

This guide will dive into everything we know about bounties so far. It combines the information the document mentioned above, and from every Chypto interaction thereafter, to present you the current thinking on how bounties are going to work in Star Atlas!

Disclaimer: Everything below is subject to change!

Let’s start with looking into the following topics:

You can only get a bounty when you are in the Medium-Risk Zone (MRZ). This is because you can not engage in any of the activities required to get a bounty in a faction’s Security Zone (SZ), and in the High-Risk Zone (HRZ) local law-enforcement — represented by the Council of Peace (or CoP) — has no presence, so there is no one to give you a bounty.

It’s important to realize that all factions honor the bounty system. Each faction’s CoP forces will try to apprehend you, no matter in which faction’s MRZ you got a bounty. If you are MUD, head to ONI to kill a peaceful civilian and then return, the CoP that is present in the MUD’s Security/Medium Risk Zone will apprehend you.

You can get a bounty for committing crimes in the MRZ. Below is a non-exhaustive list of crimes that will result in a bounty:

An important note here: Bounties can increase in severity. If you commit multiple crimes your bounty will go up. If you commit heavy crimes you will receive a high bounty from the outset. Lighter bounties will ask specifically for the capture and apprehension of your ship, whereas heavy bounties will also allow for the destruction of that ship.

Bounties are applied to all ships involved in the criminal offense. The ships themselves will receive the bounty, not the player controlling them or the crew members on board these ships.

Getting rid of a Bounty

The good news is that there are several ways to remove a bounty from your ship. Read on!

You will be able to wire the bounty to the CoP, upon which they will erase the bounty from your record. This is the nicest, legal way for you to get rid of bounties: You just pay the fine upfront.

If you are unable to pay, the good news is that anybody could pay the bounty for you. The CoP doesn’t care where the money comes from, as long as it’s paid. This means friends, or perhaps your DAC might be able to help you out here.

If you don’t pay in advance and head back into any MRZ, you run the risk of being apprehended by the CoP, potentially being first ensnared by another player. When this happens, you will be asked to pay a fine (the bounty). If you do, you are exonerated and can go on your merry way again! However, if you don’t, your ship gets impounded until payment is received.

If you don’t feel like paying that bounty, another way is to seek a hacker or become a hacker (profession) yourself. In that case, you will still need to use some resources (most likely) but will be able to erase your bounty from the CoP’s systems remotely.

Alternatively, if you are in good standing with either of the banished factions (the Jorvik, or ECOS), you can instead pay them to “wash” your bounties from your ships. This has the same result as hacking: your record will be clean again afterward.

An alternative way is getting the affected ships blown up. When you have a bounty on a ship, other players are allowed to destroy that ship and claim the bounty. Though the CoP prefers getting players alive, players won’t get a bounty for shooting you down instead of bringing you in.

When you lose your ship in the MRZ, for you to get it back you will have to pay the usual cost associated with this, plus the bounty owed.

Even less pleasant is if your ship is blown up in the HRZ. In that case, your ship is gone and that automatically means the bounty is as well. The player who shot you down will still be able to collect their reward, however.

Now if you are looking to become a bounty hunter, this section is for you! Besides potentially being able to earn decent rewards, bringing in bounties will earn you “bounty hunting” XP as well.

Ships that have bounties will not be in the Security Zone. The sheer amount and strength of CoP presence over there mean they will get them caught in minutes. This means that you will have to spend time in the MRZ and/or HRZ instead.

Now in the MRZ, the presence of the CoP’s forces are slowly dwindling the further one moves from the SZ towards the HRZ. In the HRZ the CoP has no presence at all, which means they rely completely on player bounty hunters to bring these criminals in.

No matter in what zone you find yourself, you are free to shoot any criminal to pieces, without worrying about getting a bounty yourself. However, your reward might suffer from this. Contracts of moderate degree — meaning the bounty is not near the max possible — will pay out a higher reward for captured targets, and a smaller reward for destroyed ones.

If the target has only light bounties, there is a very real chance you get no reward at all for destroying that ship.

If you are looking for a career as a professional pirate — not within Aephia hopefully — this bounty system looks very appealing!

Besides being able to steal, plunder and loot, you can get your bounties washed whenever you want to head back to CoP-controlled space!

If you get a bounty, the CoP is on you, but you have no intention of giving them any money, then it is good to know that you can just shoot down any CoP ships that are on your tail. It will of course increase your bounty, but you don’t care for that anyway!

The good news here is that the CoP does not have invincible ships. Instead, they work with the same material players work with. So depending on your skill, your Ogrika Mik should be able to deal with that CoP’s Pearce X5!

If you steal items, then you won’t be able to sell them on the “normal” marketplace. This is because these items will still be registered to their original owner.

Now the banished factions will likely be able to help you remove this data from these items for you. However, there will also be a black market where you can trade items like this!

There is a lot more to this system, and it is important to realize it will further evolve as more feedback is being processed and then potentially again when the team gets to implement it.

However, for now, this system is looking quite robust and offers some cool mechanics every Star Atlas enthusiast can look forward to! 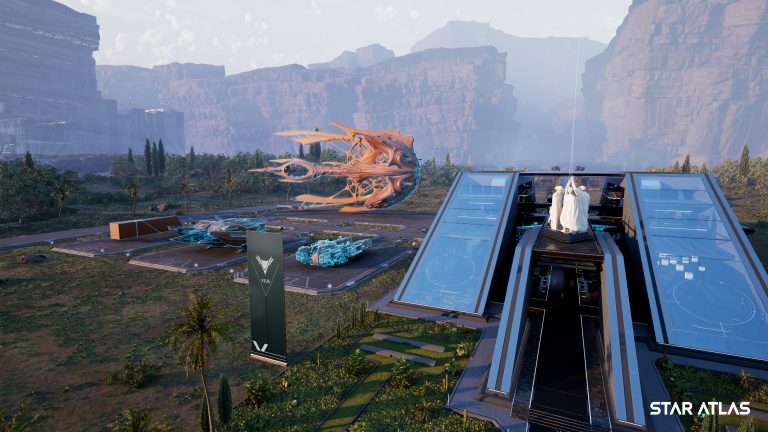 In order to be able to download the Volant Studio Showroom, you will need an access key (also named “beta 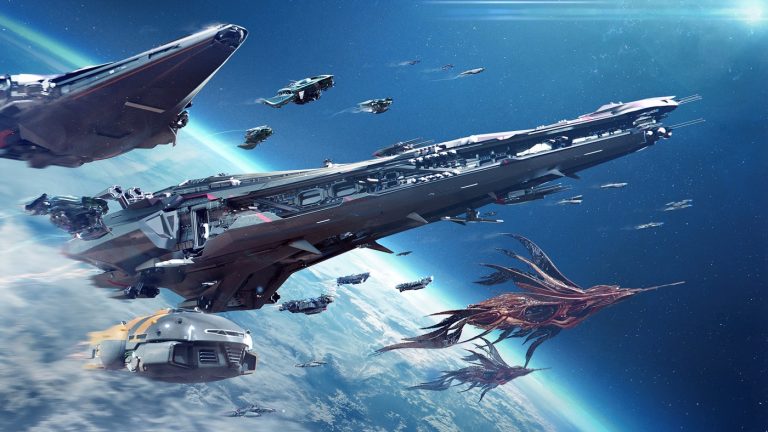 In order to be able to download the Volant Studio Showroom, you will need an access key (also named “beta key”, “product code” or “game