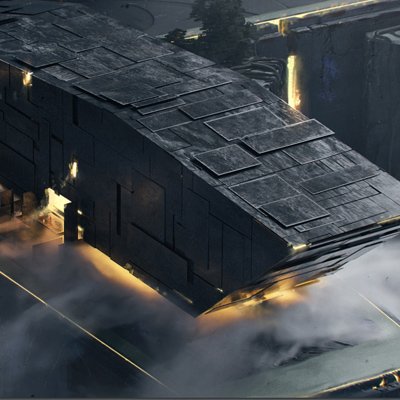 GAO Brochure #2 — Breaking It Down

On Friday, March 4th, at the very tail end of the 27th Star Atlas Townhall, the team surprised us with the release of a brand new brochure for the second phase of the GAO, containing all the ships the team is planning to release over 2022.

There is a lot to unpack here, so let’s get to it!

Something not everyone will have realized yet: The brochure does not actually cover all 51 ships that were promised to us previously. The document contains only 48 ships. The team is also going to release 3 drones this year, and — for reasons unknown — decided to not include these in this document.

Another noteworthy aspect of this brochure is that it contains a brand new manufacturer, called Armstrong. According to the team, Armstrong is a faction-agnostic company. This most likely means it is a lot like Fimbul, with every faction having equal access to it.

Danny (CPO) clarified that from a lore standpoint Armstrong Industries has a monopoly on all mining equipment. Their two vessels in this brochure are the only ships that are listed as Miners, and the above would seem to indicate that any future mining ships that might pop up, will also be of Armstrong make.

And then there were four 😳
Last year’s brochure for GAO Phase 1 already introduced us to 3 titan ships that would be up for sale, and earlier this year we were told these would see the light of day this year. In an interesting turn of events, this brochure suddenly snuck in one more! VZUS wanted in, and they seemed to have quickly developed their Tenet titan ship. It is the 3rd fighter on the list, with the Fimbul ECOC Superphoenix being the ship described as a Bomber instead.

Another first for this year, there will be 2 vehicles offered that can’t fly at all, the Calico Flattop and Fimbul Toter. These will have to be put on land in order to function properly. An interesting aspect is that their role just states Ground, so we don’t yet have an actual idea what these vessels will actually do, while on the ground.

What’s equally interesting is that these ground-based vehicles are big, like Capital-size big. These are not simply meant to bring people from A to B, so much is clear!

With the 24 ships released during 2021 and the 46 ships (ignoring the 2 ground-based vehicles) coming this year, what do the numbers end of this year look like? We’ll break down these 70 ships in the two infographics below.