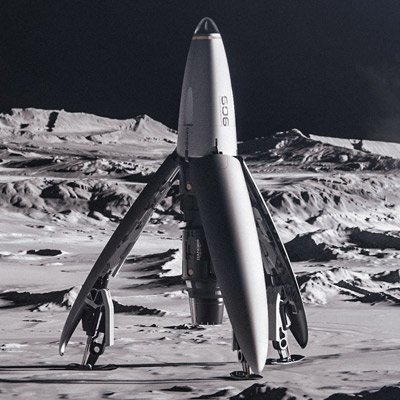 Brought to you by our Community Expert Dez

The TEAM (ATMTA) released quite a few details about SCREAM this week, ahead of the Town Hall on 13 May (no time given). It isn’t really news, but Michael Wagner (CEO, ATMTA) stated more explicitly that SCREAM is not intended to be passive and that time requirements would be “considerably higher.”

Many more insights were gleaned in our scan of the Foundation Room.

Large asset players were a bit shaken by the release of information around gates being put in place that will restrict the amount of ships that a player could bring into SCREAM gameplay. Gameplay progression will unlock more of your fleet as you progress through the game. For the rest of us, this is good news. This means that we will, mostly, have an even playing field while we all learn the mechanics and begin progressing in our Career’s. Early-stage engagement and grinding will be key for all players and wallet sizes. It is truly a race to unlock your full fleet.

All players will start SCREAM with some number of hangar spaces. There will be two mechanisms to increase your capacity. Upgrades and Unlocks. Upgrades- Using Atlas, players will be able to pay in order to upgrade the size of a hanger. This will allow them to house larger ships. Unlock- Players will also be able to unlock additional hanger bays, but only through gameplay progression.

We knew it would be drawn down over time, but not how or when. Based on new information it sounds like this would only occur once the largest ships are unlocked by progression into SCREAM or until some other use case is created for them. This is logical, without SCORE these ships would not be able to earn anything at all.

No date was given as The TEAM will be adjusting/refining economics as they unfold. Michael (CEO) headline that the unlock of those larger ships could occur over week or months.

With SCREAM will come adjustments to the Atlas funding pool used to drive SCORE. This pool will be divided between both loops, but there’s more! SCREAM will also introduce Faction Specific Pools. This means that whatever funds are directed at SCREAM will be divided equally among the 3-Factions.

This will be the first mechanism that will drive each faction to parity in both player count and wallet size as rewards will be better (on a per player wallet $ basis). Simply put, factions will less people/assets will have the highest rewards, at least until new players join the highest returning factions.

While The TEAM acknowledges support of these concepts within the game, they are not current planning to directly build these protocols. Instead, they are coordinating with other projects within the Solana ecosystem.

There was a very brief Alpha tease, saying that the “C” could be changed from Configuration to Combat. Players were not successful in extracting whether that meant PvE, PvP, or Both.

The home of Humans (MUD) and of the ECOS faction. It was discovered in our scans that Earth Prime is within the SA game map. All other faction species traveled to this region of space after The Discovery of Iris.

A bit older, but an observant Atlassian spotted a hidden module in an image released in The Foundation Room. While the image could not be secured by our scouts, a detailed description was obtained. The x91 is a hull mounted weapon component for the C9 and ships with a compatible drone port. They have the ability to walk along the hull to reposition in real-time. They accomplish this by using magnetic feet to move along the hull. This will allow the ship to compensate for blind spots and enemy maneuvers.

Disclaimer: While all content in this post is intended to be factual, this is a quickly evolving game and changes can be made to gameplay mechanics and direction without notice. While financial assets are discussed in this post, No Financial Advice is intended to be given. Please conduct your own research.